When I began to think about which book turned me into a reader, I went on an enjoyable trip down memory lane. I soon realized that certain books (and their characters) were as alive in my mind as my actual memories. I had moved from book to book, in an apparently seamless journey of page-turning.

There were, of course, some books that were particularly special.

When I was 7 years old, I formed a colouring-in club with my neighbour, Mary. We coloured-in for six weeks solid. By the end of the summer my felt-tips were in such a bad state, sucked dry. At the same time, I was reading Tove Jansson’s Finn Family Moomintroll. By day I coloured-in. By night I floated on clouds, saw Outlandish Words crawl out of the Hobgoblin’s hat, and was stranded on an island with the Hattifattiners. 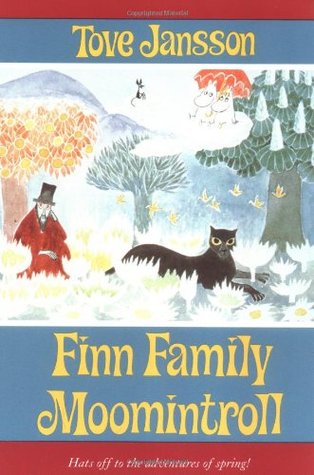 When I started secondary school, I was a spectacularly apathetic 11-year-old. I collected jokers from decks of cards (why?) and cacti. The rest of my free time was spent watching Count Duckula or Chevy Chase films. However, I learnt what dazzling success looked and felt like by reading Jean Estoril’s Drina Ballerina series. In reality, I was in possession of a single dance move that I could bring out at school discos (stepping from side to side whilst trying not to cry). However, when I read the Drina books I was a prima ballerina, dancing her way across Italy, New York and Paris.

By the time I was 14, I was getting a bit worried.

Not only had I never kissed anyone, I had never even found anyone ‘real’ in the slightest bit attractive… except for Hercule Poirot, but he wasn’t really real. I knew it was better not to fancy anyone at all than to fancy a retired Belgian detective with a fussy moustache. Then, one day when I was off school sick, I picked Jilly Cooper’s Riders off my nan’s bookshelf. I laid under a duvet on the sofa, eyes wide with amazement. So this was what it was all about! Goodbye, Poirot!

Nan made me sandwiches and provided me with Milky Bars to keep me going. I raced through the book. It was a great day of fake illness and I was planning lots more. Nan had hundreds of similarly saucy books.

To think they were just sitting there while we ate our Sunday roasts.

If each of these books passed the reading baton on to the next, to discover which book started my reading journey I would have to go back to the very beginning. Little Anna and the Tall Uncle by Inger and Lasse Sandberg. I loved this book. I loved Anna’s spider-leg eyelashes and the magic peephole, the picnic of sausages and apples and the uncle’s handstand on a whale. Particularly, I really loved the fact that Anna seemed to live on her own in a little red house.

So, from Little Anna and the Tall Uncle to Riders; thank you books, it’s been a blast!

Jenny McLachlan got her start writing Flirty Dancing while teaching English to high school students. In 2013, after attending the Winchester Writers' Festival, Jenny pitched Flirty Dancing to Julia Churchill, a brilliant children's fiction agent at A.M. Heath. She was quickly signed by Bloomsbury to write the four books in The Ladybirds series, the latest of which came out on March 10, 2016.