I’ve been a reader for as long as I can remember. As a child, I spent summer mornings buried under my blankets with the latest from The Baby-Sitters Club. Kristy, Marianne, Stacey, Dawn, Mallory and Jesse felt like friends, but it was Claudia whom I most idolized, with her artistic nature and hidden stashes of junk food. I even tried to emulate her wildly cool fashion choices with selects from Goodwill. 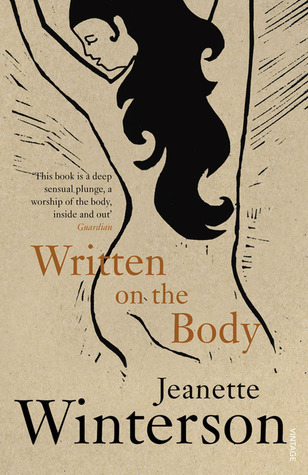 I was a kid who spent a lot of time alone, in private imaginary worlds. When I escaped into a book, I was part of something bigger. I fell in love with children’s classics—the Wizard of Oz series, Tuck Everlasting, Little House on the Prairie, Black Beauty, The Witches and James and the Giant Peach. The Fledgling was one of my favorites—a book about a girl who longs to fly, and the Canada Goose she befriends. I will never forget (spoiler alert!) the gut wrenching grief I felt when the goose dies in the end. The things I loved about reading then are not far away from the things I love about reading now. These books opened the doors to let me inhabit new worlds, to see through different eyes, to experience the range of deep human feeling.

So, by the time I read Written On the Body as a 10th grader, I was already well-accustomed to living inside of books. However, if my previous relationship to them had been something akin to childhood love, this book deepened my relationship to them, told me in new terms how they matter, made me want to be a writer.

The novel by Jeanette Winterson chronicles an affair between a genderless, nameless narrator, and the narrator’s beloved, a married woman. It tells a story of passionate love, all-consuming, unconditional—and of heartbreak. The pure poetry in the language was a shot straight to my swooning 16-year-old soul. When I went back to the book again moments ago and rediscovered the two opening sentences: “Why is the measure of love loss? It hasn’t rained in three months,” the words send me back in time. I felt as if they had been stored somewhere inside of my body, as if I’d just rediscovered something that had always been there. That’s how much a part of me this book became. In fact, it took a good amount of willpower not to quote you the whole first page.

The book spoke to my teenage self on a lot of levels.

The fact that the narrator’s gender went unrevealed implied (at least to my mind), that this was not a normative heterosexual relationship. It implied furthermore that it didn’t matter. That wasn’t the point. Love was. I was a high school kid who liked both boys and girls, and was in love with a girl at the time, but afraid to let anyone know it. It was the early 2000s—gay marriage was still illegal across the country. There were not many examples, in my world, of LGBTQIA role models. Written on the Body was one of the first works of art—music, movie or book–that made me feel seen, that seemed to validate my own feelings.

The way that this book moved me, the way that it touched upon so many of my own young desires and longings, made me want to write, too. I badly replicated the eloquence of Winterson’s language in my journals for years, until I finally went on to formally study poetry, which began my career as an author. It’s the book I chose to write about all these years later, because it showed me the power of words. The writing was so damn good that it carried a force with it that made its truth feel unequivocal and undeniable: love is love.

Ava Dellaira is a graduate of the Iowa Writers’ Workshop, where she was a Truman Capote Fellow. She received her undergraduate degree from the University of Chicago. Love Letters to the Dead was her debut novel. Her newest novel, In Search of Us published March 6, 2018 by Farrar, Straus and Giroux. She currently lives in Santa Monica with her husband.