The Perks of Being a Wallflower by Stephen Chbosky is a classic. Unfortunately, people hear the word “classic” and instantly retreat (I’ll admit to this one). This is a crying shame. Perks has so much to offer to anyone willing to read it.

Charlie’s coming-of-age story is timeless. There are extreme things happening in Charlie’s life, but these extremities don’t make the story any less relatable. It’s because Charlie writes letters, hypothetically to the book’s readers, that I think the story is one of a kind. 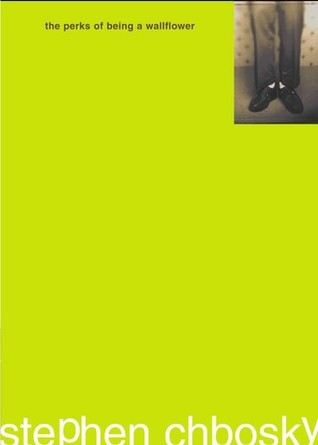 There’s something about being allowed to read Charlie’s letters that makes Perks feel like a treasured, individual experience. Millions of copies of Perks have been sold worldwide, and yet reading this book feels uniquely special.

One reason I absolutely loved Perks was because of Candace’s subplot. How progressive this is. Candace gets pregnant in high school, by a guy who really isn’t very nice to her. Abortion is a taboo option, and yet she has the strength to know that she can’t have this child. I’d have to say that Candace’s story is my favourite subplot. I just love that Candace has the courage to make the right choice for herself, and that Charlie helps her through it.

The title, I think, perfectly sums up Charlie. He is a wallflower, and until I read this book, I had negative connotations associated with being a wallflower. However, after being welcomed into Charlie’s world, I realize that being a wallflower can be this immensely beautiful thing.

The Perks of Being a Wallflower is a frequently banned title. I am an advocate for the #fREADom movement, so to know that this novel has happened into the hands of millions of people makes me endlessly happy. Suicide, molestation, domestic abuse, homosexuality, drug use, mental illness and abortion are parts of real life, and Perks has done all of these injustices, literary justice.

My full review of Stephen Chbosky’s The Perks of Being a Wallflower is also available on Goodreads. Have you read Perks? What did you think? Please leave a comment below (spoiler free)!